In the entire world this game is Football, futbol, Fussball, voodbal, or anything very similar. Only because the Americans – the United States – have invented some silly game where players fall over each other and wear silly card board boxes on their body and kick or use their HANDS to throw a ball (which is not round), the rest of the world is supposed to call this beautiful game of FOOTBALL – soccer. Whatever that means. We grew up playing this game. We do not allow for anybody to force us to use a different name for it  [not even with the threat of drones].

I  am passionate about it and watch all FIFA tournaments and most games. I love it because of its mantra: 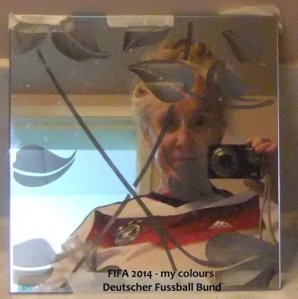 SAY NO TO RACISM. But, do not change its name.

FIFA Worldcup 2014 – from today no more time but watching “the beautiful game”.